Rev. H. Carson Rhyne Jr.’s last day as general presbyter and stated clerk of Presbytery of the James (POJ), a position he has held for more than 21 years, is November 30. He will become honorably retired on February 28, 2019.

The presbytery celebrated Carson at its 100th stated meeting on October 20, with peers sharing memories of his ministry. They commended the love Carson demonstrates for God, the Presbyterian Church, church members, and the community.

Another quality mentioned, his ability to laugh at himself, was evident as speaker after speaker praised his frugal care of presbytery resources.

Carson joined the presbytery staff in 1997, succeeding two interim executives. The organization, only eight years old at the time, flourished under his leadership.

He has served as a visionary for the presbytery by establishing a mentorship program for new ministers, stewardship and evangelism ministries, and a mission co-worker in Haiti.

“Carson stepped into a breach when we were between pastors,” Millsaps recalled. “His calm confidence helped smooth the waters.”

In recent assemblies he has been selected to serve as parliamentarian for assembly committees, particularly for committees whose work was expected to become the most contentious.

Growing up in North Carolina, Carson wanted to be a minister from a young age. He first earned a Bachelor of Arts in religion and Christian education from Presbyterian College in South Carolina, then a Master of Divinity from Union Theological Seminary (now Union Presbyterian Seminary). He was ordained in 1975.

To express appreciation for his service to the Presbyterian Church (USA), colleagues established a fund at Union Presbyterian Seminary in Carson's name. The fund will benefit future students in their preparation for ministry particularly in the areas of polity and Christian education. Carson has served on the adjunct faculty of the seminary, teaching polity and practical theology since 2005.

Carson will take a break from presbytery business for the next two years to give his successor, Rev. Fred Holbrook, breathing room. However, he is open to the possibility of serving as pastor at a small church after that.

“One of the joys of small church ministry is the opportunity to be with people on a personal level,” he shared.

We wish him a happy retirement! 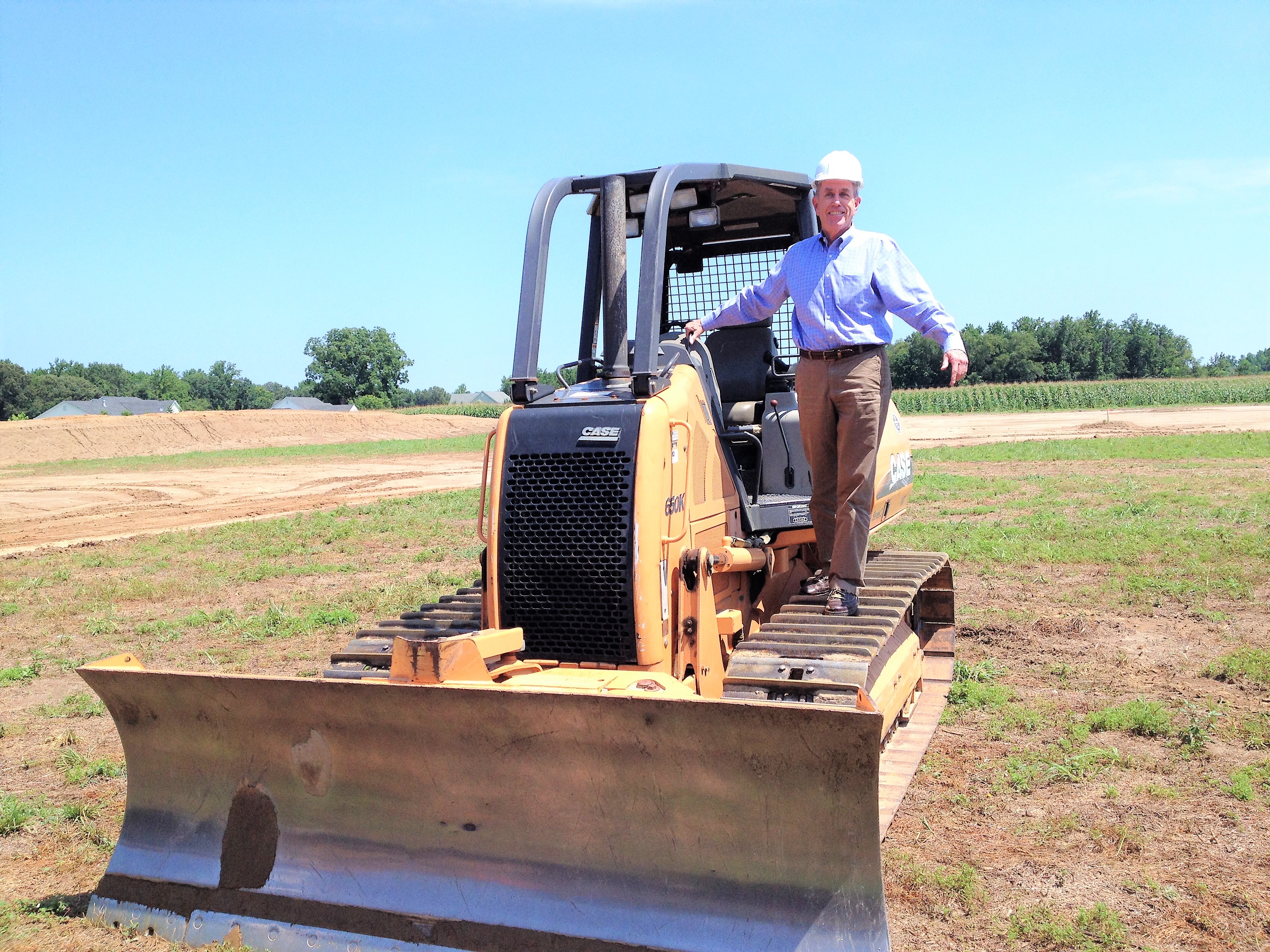 “Carson is good for pushing people to higher ground,” explained Emerson Hughes, a ruling elder at Tappahannock Presbyterian Church. He shared this photo of Rhyne in 2013 at the start of construction of that congregation’s new building.