In August 2017 in Charlottesville, groups advocating for and against the removal of Confederate statues clashed. Nationwide reaction to the events varied. For some, it was another shocking moment which reinforced the persistence of racism in our communities and nation. For others, it was a wakeup call to the reality of continued racism some considered long since overcome.

Many pastors in Presbytery of the James (POJ) mobilized to stand with the people of Charlottesville against hate. They drafted an overture calling for focused attention on this issue in POJ churches and communities.

Some felt called to take further action. They formed Dismantling Racism: Building Beloved Community Ministries to investigate and propose steps that the Presbytery of the James may take to spread the love of God for all people and oppose acts of hate and discrimination.

This advent, they invite interested people to a study of the book Reconstructing the Gospel: Finding Freedom from Slaveholder Religion by Jonathan Wilson-Hartgrove.

The group welcomes anyone interested in helping POJ work toward racial justice. 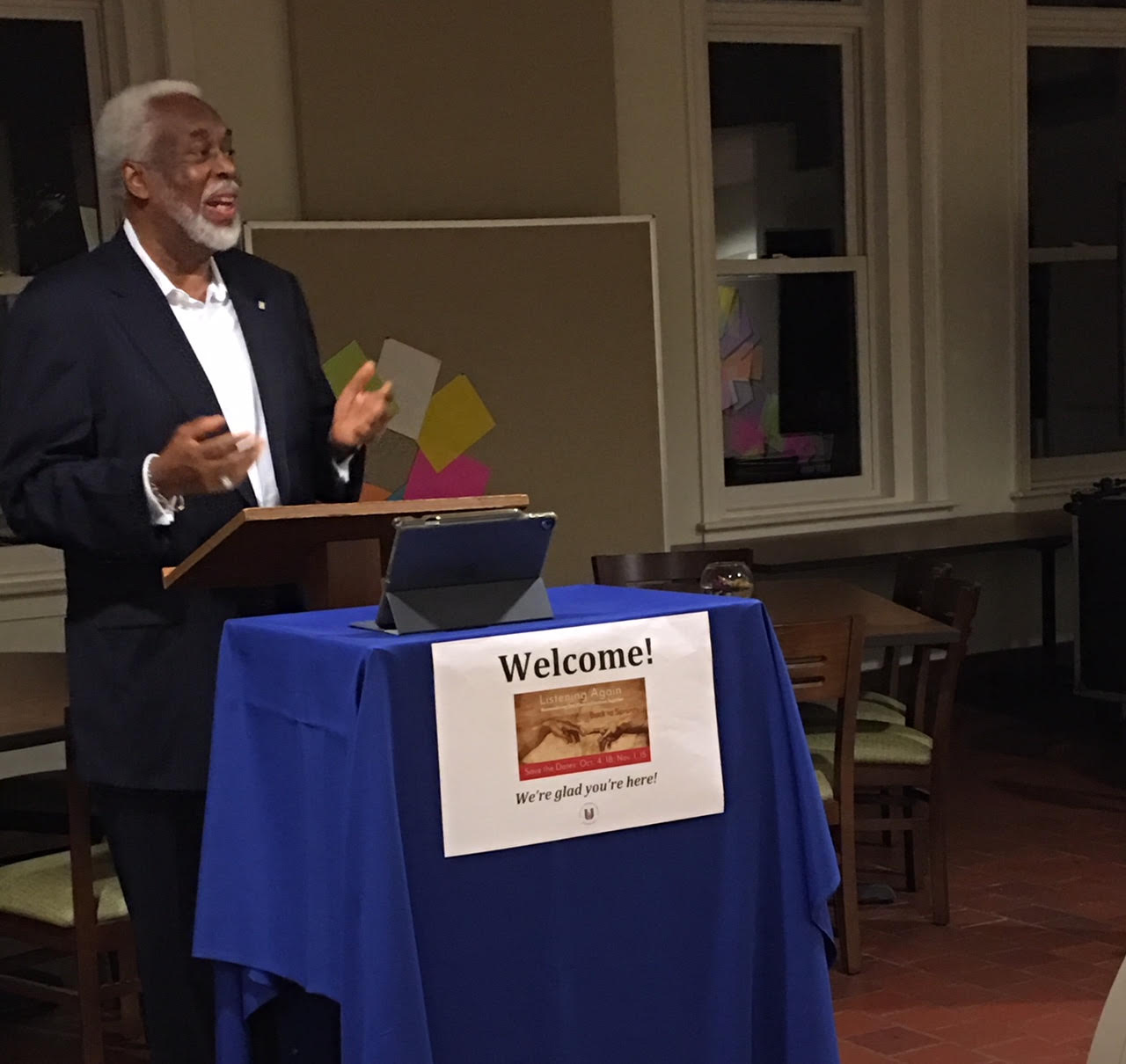 Dr. Leonard Edloe speaks at a Dismantling Racism Ministries event about building community in the face of deep wounds to common humanity and connection to God's creation.