What is the right thing to when a small church is awarded a grant that turns out to be a loan? A loan that, in one case, is now one hundred and twenty years old? The Trustees of Presbytery of the James encountered this question in November 2021 after receiving a report from the Presbyterian Investment and Loan Program (PILP).

The report included information about four churches in Presbytery of the James that were recipients of more than $75,000 in “church mortgage grants” issued by PILP between 1900 and 1975.

The funds were given to congregations to help them build or purchase churches. Unlike conventional mortgages, no repayment was required unless the building was sold, the congregation left PC(USA), or the building stopped being used as a PC(USA) church. In those cases, repayment of the grant would include interest accrued since the origination date, possibly a hefty amount considering the age of the loans.

Westminster Church in Petersburg received two grant-loans in 1929 and 1930, totaling $5,019. Learning about the loans came as a surprise to Wilhelmena Hailes, the church’s clerk of session (and the first woman to serve in that role, she is quick to add).

“We didn’t know anything about it,” she said.

Established in the 1880s by 11 formerly enslaved people, Westminster Church was first called Central Presbyterian. In 1965, the name became Westminster.

The small congregation of 50 has more pressing financial needs, like adding accessibility ramps and repairing the roof of their church, than paying off loans they didn’t know existed. 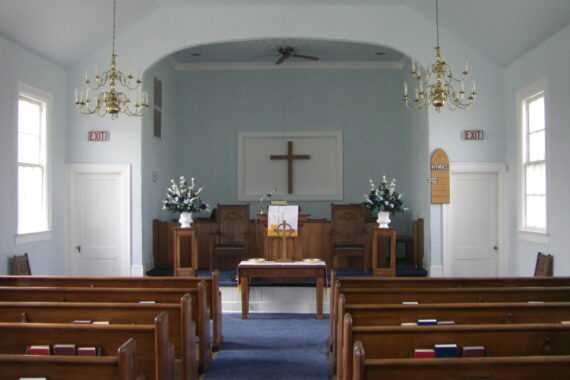 Managing the budget can be a challenge for many churches, especially small ones. Recently, the congregation of Petersburg’s Westminster Church faced a big expense to replace the building’s heating system.

Of the four churches listed in the PILP report, Thyne Memorial Church in Chase City is the smallest with just 4 members. The others are Zion Hill Church (Amelia) and First United Church (Richmond), with 25 and 84 members respectively.

This situation is not unique to our presbytery. PILP representatives have been working with churches, presbyteries, and synods to resolve debt from old church mortgage grants.

When Interim General Presbyter Fred Holbrook contacted PILP about the grants, the agency offered to reduce the loan payoff amount to $48,835 payable by December 31, 2021.

In thanksgiving for the churches’ ministry, the Trustees voted unanimously to cover the payoff as a gift to the congregations.

“It was in the best interests of the churches involved, as well as the POJ, to pay off these loans and not be subject to accrued, compounded interest on loans dating back over 120 years,” shared Steve Hicks, president of the Trustees.

“We are very appreciative for the many years of service to Christ and others provided by our churches.” 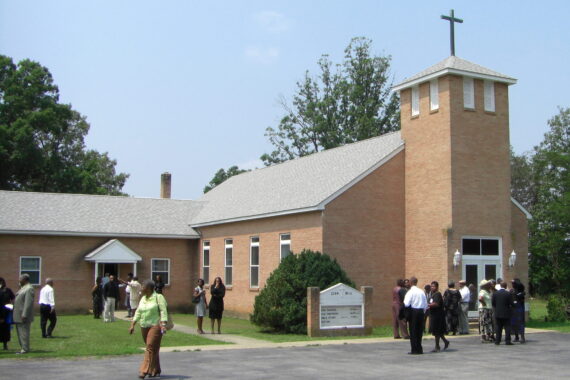 Members of the congregation of Zion Hill Church mingle outside after worship. The church is in Amelia County, about one hour southwest of Richmond.