In October, volunteers from Presbytery of the James churches spent a week helping Ocracoke Island residents recover after Hurricane Dorian devastated the community the month prior.

The 9.6 square-mile island is one of the most remote in the Outer Banks of North Carolina. There are no roads connecting it to other bodies of land. Three ferries provide access, with each crossing taking an hour or two one-way, depending on the route. Fewer than 1,000 people live on the island year-round, but the population swells in summer months.

The storm washed out roads, destroyed property, and caused many to relocate. Mission trip participant Laura Pearson (Southminster PC) reported that more than half of the community’s 700 houses were flooded in the storm.

Despite the challenges and devastation, Laura, who served as the team’s cook, found beauty and inspiration throughout the week. On the ferry ride to the island, the brilliant sunset made her think of Exodus 14:13: “Do not be afraid. Stand firm and you will see the deliverance the Lord will bring you today.”

“I knew that God would use our skills, provide for us, and lead us in all His Work,” she shared.

Cleaning out a rental house owned by an elderly man was one of the POJ team’s projects. The waterlogged personal belongings of the former occupants, who fled to the mainland, filled a dozen trailers. The team added the trash to the mountain of other debris at a staging area that would be cleared over time by the Federal Emergency Management Agency (FEMA).

The 12-member team also repaired floor joists that had rotted away, removed damaged floor and drywall, and installed replacement floors. In addition, they spent a full day building an 80-foot ramp for a woman who used a wheelchair and had relocated to another house on the island.

Besides construction work, members of the crew prepared meals for about 25 volunteers. They cleaned and organized the fellowship hall, kitchen, and food donations at the Ocracoke United Methodist Church, which was central command for POJ’s volunteers.

Clean and functional spaces like those at the church were hot commodities on the island. POJ’s crew shared the kitchen space with another group using it to prepare meals for the island’s school. Social workers set up a mobile office in the fellowship hall to process residents applying for aid.

Reflecting on the trip overall, Laura remarked that the chaos a disaster relief group faces could cause most people to run for cover. Instead, participants are “rewarded beyond measure” by seeing faith in action.

“When you go a mission trip,” she reflected, “God uses the best part of your skills for improving His Kingdom.” 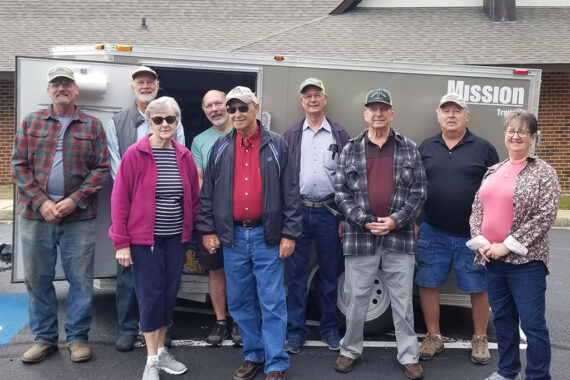 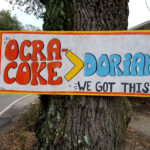 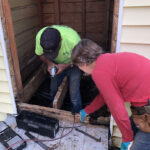 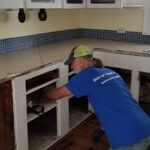 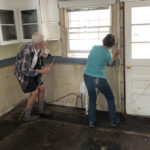 Once the kitchen is cleared of cabinets, Jeff and Betty Williams mark where to remove water-damaged drywall 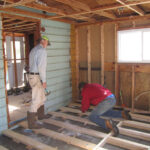 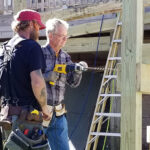 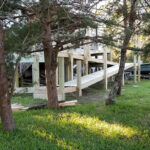 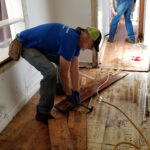 Water pools between layers of flooring 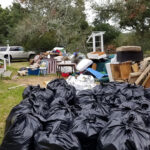 Debris removed from a home fills its yard 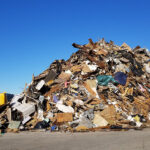 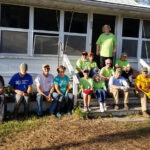 Join the next relief trip: January 11-18, 2020 to Ocracoke Isand. An orientation meeting for new volunteers will be held January 2 at 6 p.m.