Presbytery of the James met virtually on January 25, 2022. Some of the meeting leaders were hosted by Westminster Church, Richmond. Moderator Dan Jordanger, a ruling elder from Providence Gum Spring, called the meeting to order at 7:00 p.m. and led the presbytery in prayer.

Kenna Payne, moderator of the Mission Council, presented the agenda, which was approved.

The business of the day was comprised of the following:

Moderator Jordanger declared the called meeting adjourned at 8:15 p.m. and led the presbytery in prayer. 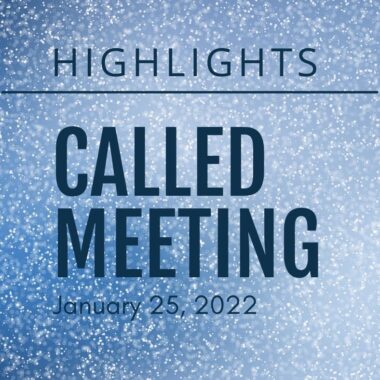