The 110th stated meeting of the Presbytery of the James was held virtually on February 19. Some of the leaders were graciously hosted at Westminster Church in Richmond. Moderator Dan Jordanger, a ruling elder from Providence Church in Gum Spring, called the meeting to order at 9:30 a.m.

Jordanger welcomed first-time ruling elder commissioners and guests. Interim General Presbyter and Stated Clerk Fred Holbrook introduced corresponding member Rev. Warren Lesane, Jr., Synod of the Mid-Atlantic, and Dr. Dorothee Tripodi, Union Presbyterian Seminary. Both were granted voice but not vote at this meeting. Kathy Harris from First Church Richmond and Keenan Rodgers of the Board of Pensions were both granted permission to speak to specific items coming before the presbytery.

Ruling Elder Kenna Payne, moderator of the Mission Council, presented the agenda which was approved.

The business of the day included the following: 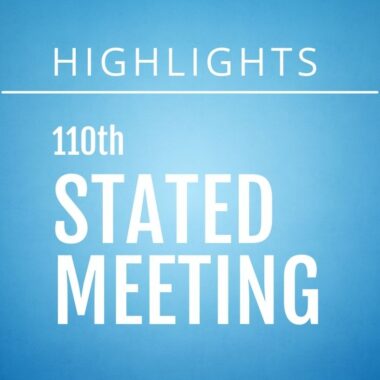 Moderator Jordanger announced that the 111th stated meeting of the presbytery will be held one week earlier than usual, on Tuesday, June 14. This is due to the 225th General Assembly of PC(USA) starting June 18. The Mission Council anticipates that meeting being hybrid, both in person and virtual. The moderator declared the 110th stated meeting adjourned at 12:55 p.m. and led the presbytery in prayer.