At its meeting on February 19, Presbytery of the James voted to support a request to the 225th General Assembly of PC(USA) for more engagement with and education about Eastern Europe.

“[The Russian government’s actions toward Ukraine] have made learning about this region of the world and the need to support our siblings there more urgent than before,” concluded Rev. Connie Weaver in her remarks to the presbytery. 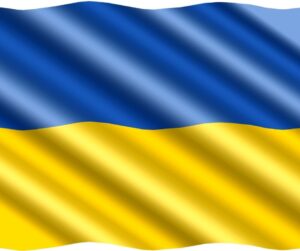 The request, formally called an overture, was submitted by Presbytery of Utah, with endorsement by several other presbyteries.

When the overture was written in late 2021 by the Utah presbytery, tensions between Russia and Ukraine were high. Now, Russian troops have invaded Ukraine and the two are at war.

The overture asks several agencies in PC(USA) to help Presbyterians understand the complexities within the region, including U.S. engagement there. In particular, the overture outlines opportunities such as study tours, toolkits, and discussions with churches and faith-based organizations in the countries to create a “better-educated constituency [that] advocates for peace and justice.” 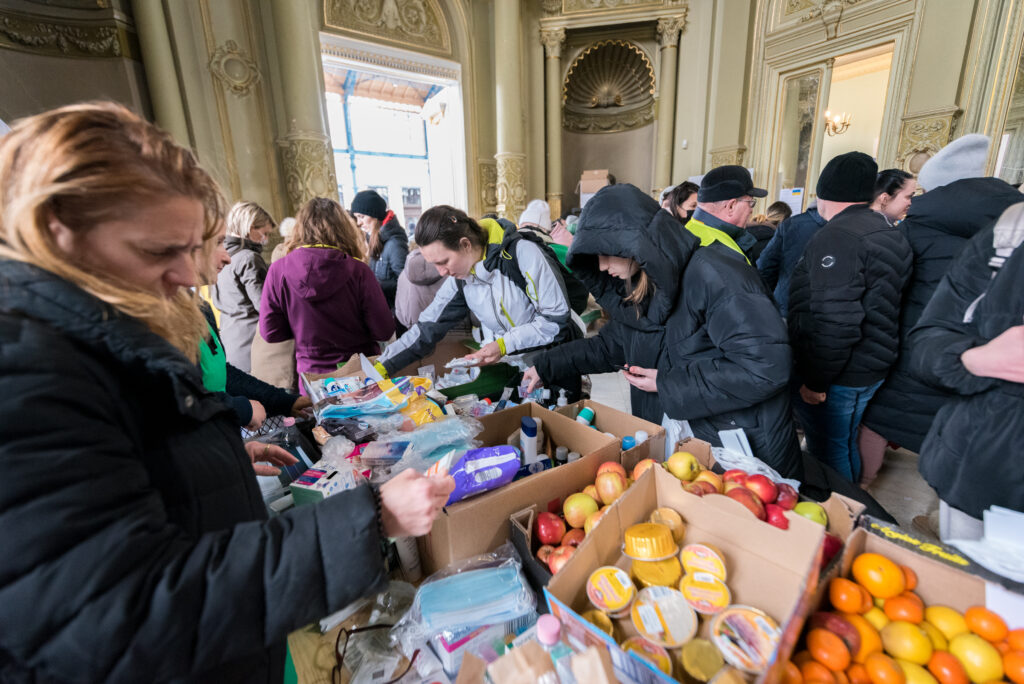 Weaver pastors Hebron Church in Goochland, which brought the overture to our presbytery. She also serves on the steering committee of PC(USA)’s Belarus Ukraine Russia Mission (BURM) Network. She has visited Russia three times through a partnership a previous congregation she served has with an orthodox community outside of Moscow.

“I grew up during the Cold War, which shaped my opinion about Russia and the Soviet Union,” Weaver shared during the presbytery meeting. “[Traveling to the country as an adult] helped me learn that people in Russia have similar goals and lives to ours in the United States. We share so much in our faith in Jesus Christ.”

Kathy Harris, a member of First Church in Richmond, also spoke in support of the overture. First Church has a relationship with Bethlehem Baptist Church in Minsk, Belarus. Through her church, Harris has traveled to the area twice.

The greatest gift she has gained from the experience is “forming bonds with Christians who are struggling, in a country very different from ours where religious freedom seems tenuous.” 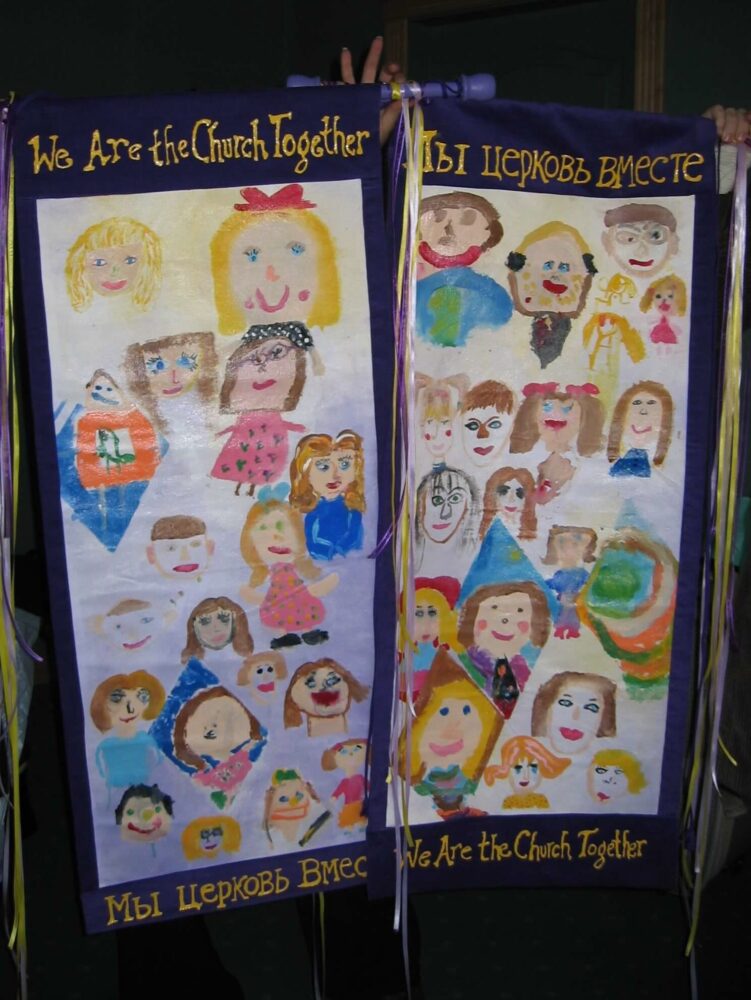 This pair of banners was a cooperative art project between the children of First Church (Richmond) and Bethlehem Baptist Church in Belarus in 2004. Children at First Church drew themselves in parts of both banners, which were then taken on a visit to Belarus. After the Bethlehem Church children completed the banners with drawings of themselves, one banner was left for their congregation and the other was returned to Richmond.

Learn how Presbyterian Disaster Assistance (PDA) is providing emergency relief for those fleeing violence in Ukraine.