POJ’s Public Policy Witness (PPW) Ministry encourages clergy and congregations to engage in policy advocacy at local and state levels. For eight years, this ministry has worked with partners to promote affordable health care, public safety and prevention of gun violence, living wages, and accessible public transportation. Over the last year the ministry also has expanded into new initiatives.

Members of the PPW Ministry joined other gun reform advocates for the 29th annual Virginia Vigil & Advocacy Day to Prevent Gun Violence. Held each year on Martin Luther King Jr. Day, the event normally occurs in person at the Capitol; this year it was virtual via Zoom with Governor Ralph Northam and Attorney General of Virginia Mark Herring as featured speakers. A recording of the event is available on YouTube (youtu.be/5n24Z0lQv8I).

Money that in other years would have been spent on bus rentals to transport advocates to Richmond for the event was directed instead to a violence prevention program. The money will help fund a Charlottesville chapter of a national organization, Cure Violence.

This organization has a success record in changing violent behaviors among young men, violence that has sometimes ended in gun deaths. The City of Charlottesville, the University of Virginia, and area churches, including Westminster Church (Charlottesville), are also helping to fund this new chapter. Learn about Cure Violence.

Ministry also widened its scope to reforming criminal justice, particularly in the areas of capital punishment and youth incarceration.

Virginia has executed more people and for longer than any other state in the nation. PPW members joined advocates in 2021 calling for an end to the death penalty in the commonwealth. On February 3 and 5, Virginia’s Senate and House of Delegates voted to abolish the death penalty, making Virginia the first southern state to eliminate the practice.

Since late 2018, Ramseur and Diaz-Mejias have been ministering at Bon Air JCC through Voices of Jubilee, the new worshipping community they formed at the facility. In March and April 2020, an outbreak of COVID-19 swept through the facility, infecting residents and staff. (Read about Voices of Jubilee in the July 2020 issue of the Vine or follow them on Facebook.)

With visitation limited due to the virus, Voices of Jubilee has found new avenues to connect with families of the youth and support the youth who have moved to adult prisons for longer sentences.

The physical and mental health crisis created by the pandemic is one example of many problems with Virginia’s current youth prison system. Instead of jailing young people, advocates say evidence proves smaller, community-based programs are more effective at helping young people grow into healthy and productive adults. 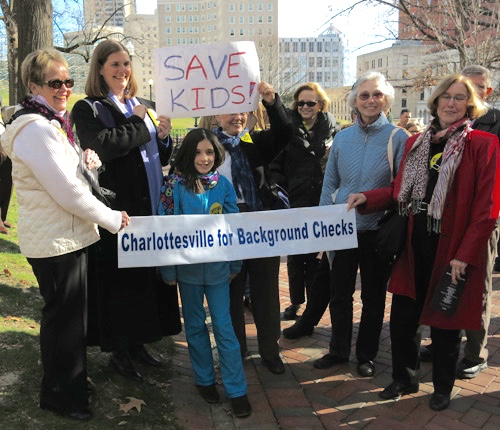 In previous years, gun violence prevention advocates participated in an annual awareness event at the Virginia Capitol on Martin Luther King Jr. Day. This year, the event was virtual.