Genito Presbyterian Church in Powhatan County celebrates its 110th anniversary this November. As a run up to the anniversary celebration, the congregation and Pastor Rev. Lisa Salita have been reviewing its history, one decade at a time.

This series, entitled Genito Generations, highlights the church’s journey as its founding families formed a community of believers; grew and prospered; rebuilt after fire on Christmas Eve 1944; and remained steadfast even during difficulty or decline.

Change is now afoot throughout Powhatan County. Cornfields are giving way to new subdivisions, and Genito Presbyterian has been blessed in the past two years with major increases in membership and exciting upgrades including an online presence and plans for new programs.

In recognition of the church’s anniversary and in memory of its founders and generations of faithful members, the congregation dedicated new pew bibles in September and a new pulpit bible in November. The original pulpit Bible from 1909 is now on display in a protective case after a rededication.

As growth in the county and the church continue, the congregation is committed to maintaining the warm family foundation that has made it special all along. 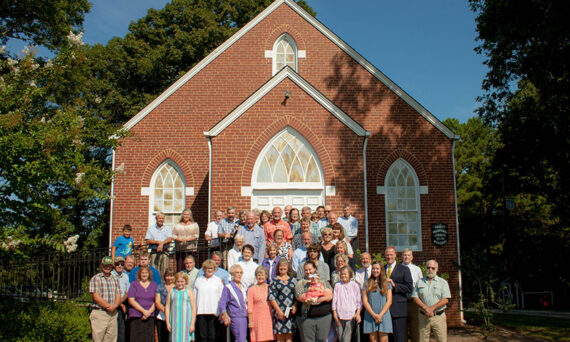 (TOP) Today’s congregation at Genito includes families of charter members, long-time county residents, and newcomers to the area. (BOTTOM) In good weather, the congregation meets outside in a new pavilion to worship together. 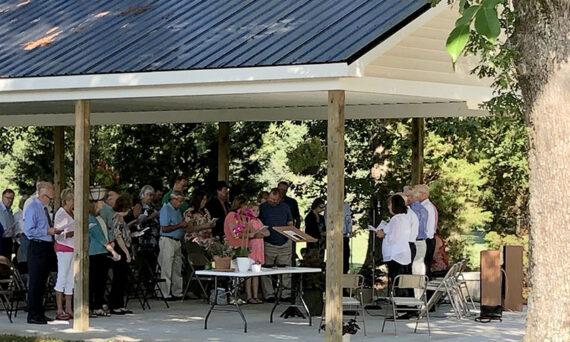